10 AMAZING HOTELS FROM THE MOVIES! 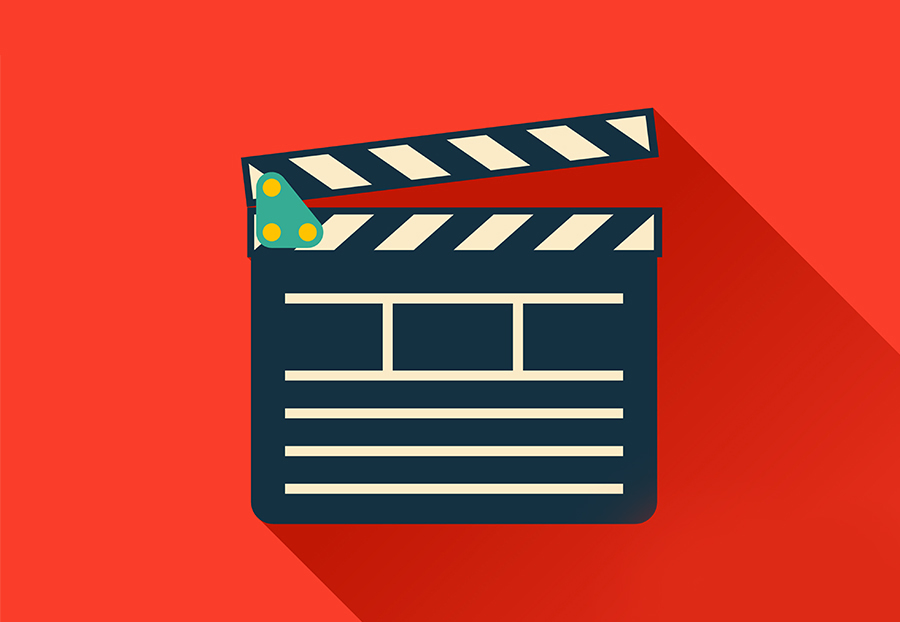 Since the movie industry started, hotels have been a key ingredient in producing some of the most spectacular films that have ever graced the big screen. Hotels have served as places for actors and crew to relax after a long day on set, while some hotels have been the inspiration for directors and actually had a starring role in the movie.

Here are some of the hotels that have starred alongside the big-name actors on-screen
- see how many you can recognise! 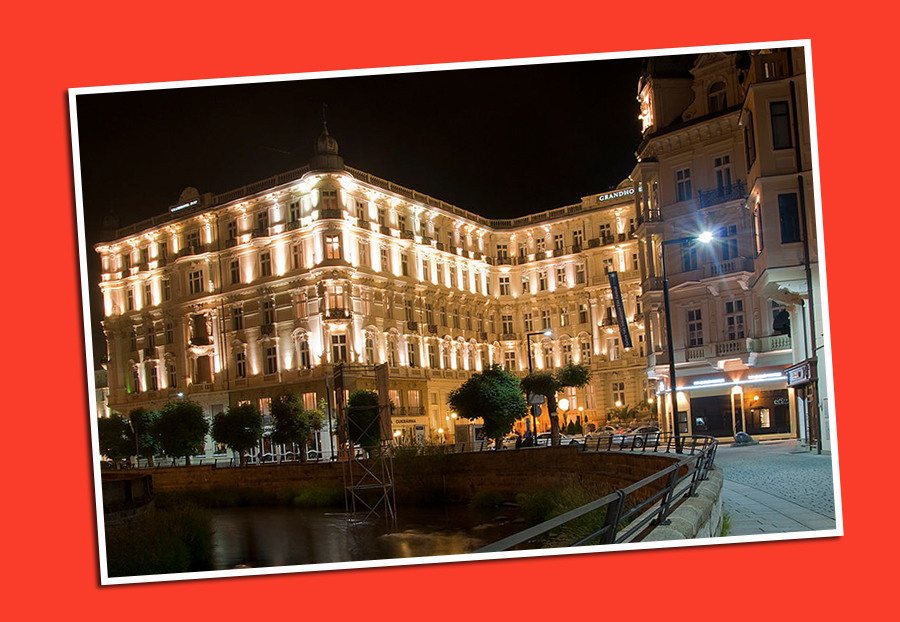 James Bond is used to a certain way of life - wearing bespoke suits, travelling first-class, driving stunning cars and staying in the very best hotels. So with that in mind it's no surprise to find 007 enjoying the comfort, magnificence & aristocratic design of the 18th-century Grandhotel Pupp in Czech Republic, in Casino Royale. Daniel Craig's super-spy is seen consuming a lavish meal in the extraordinary dining area, before dashing through the grand reception & car park, to reach his awesome Aston Martin DBS! 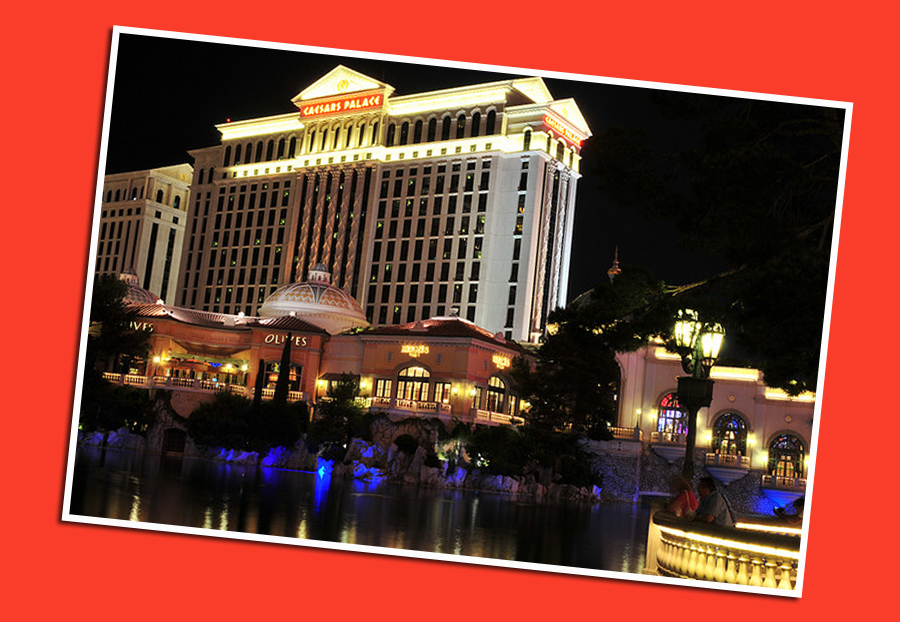 Las Vegas' reputation of being the party capital of the world really does live up to the hype, as four friends find themselves in all sorts of trouble - in The Hangover! When the four characters played by Bradley Cooper, Zach Galifianakis, Ed Helms & Justin Bartha travel to Vegas and check-in at Caesar's Palace, they have no idea about the debaucherous antics that they're about to embark on. The success of The Hangover provided world-wide attention and advertising for the Caesar's Palace hotel, with bookings going through the roof after the film's release! 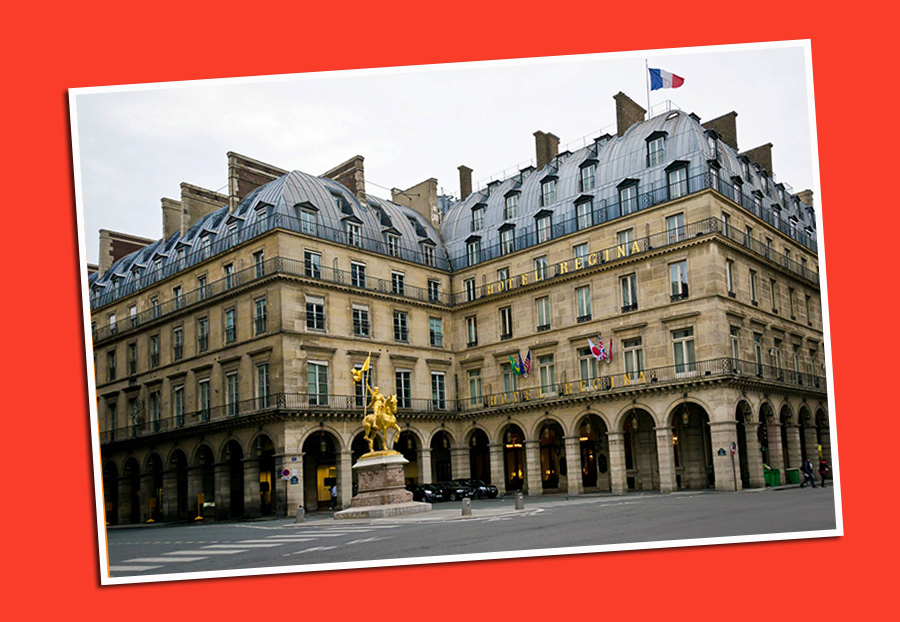 Jason Bourne is suffering from amnesia and is doing his best to piece his memory back together. The next clue to revealing his identity is located in the Hotel Regina, in Paris. His partner, Marie, can be seen entering under the arches of the magnificent & resplendent hotel, where she scopes out the luxurious lobby, before leaving with the documents needed. 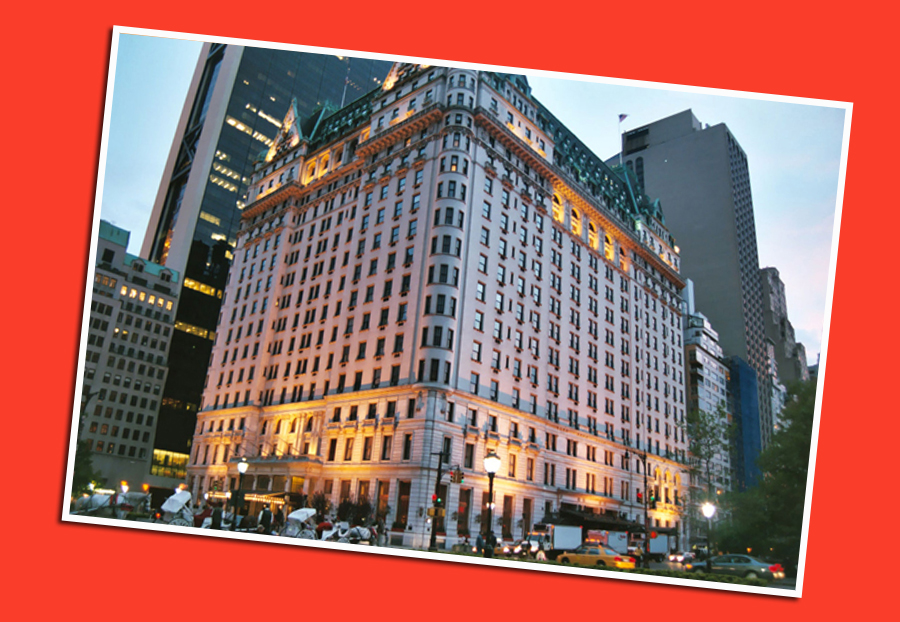 The Plaza Hotel is considered to be one of the most splendid and lavish hotels in Manhattan, it has National Historic Landmark status, and has actually appeared in more than 25 movies. One particular movie that you'll recognise it from is 2013s The Great Gatsby - you'll have seen Leonardo DiCaprio, Tobey Maguire & Carey Mulligan's characters appearing in the sumptuous suites at The Plaza Hotel. 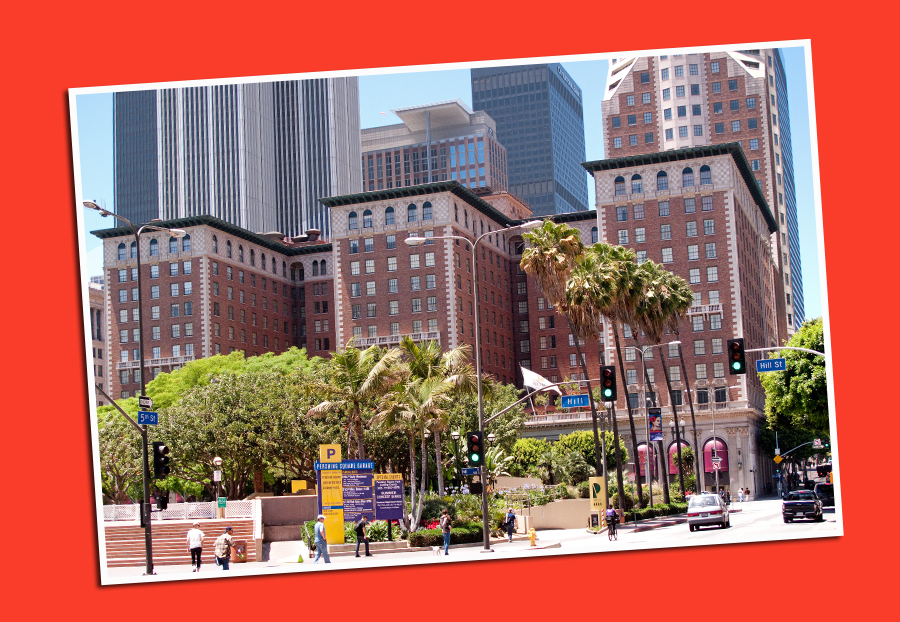 A ghost in the ballroom?! Who you gonna call - Ghostbusters. That's right in the Ghostbusters movie, the Millennium Biltmore Hotel (named The Sedgewick Hotel, in the film) has a ghost roaming its corridors, which is most definitely a case for the ghoulish gang. The Millennium Biltmore Hotel in downtown LA, provided just the right amount of class & sophistication, that made it perfect for filming the Ghostbuster's first successful ghoul battle. 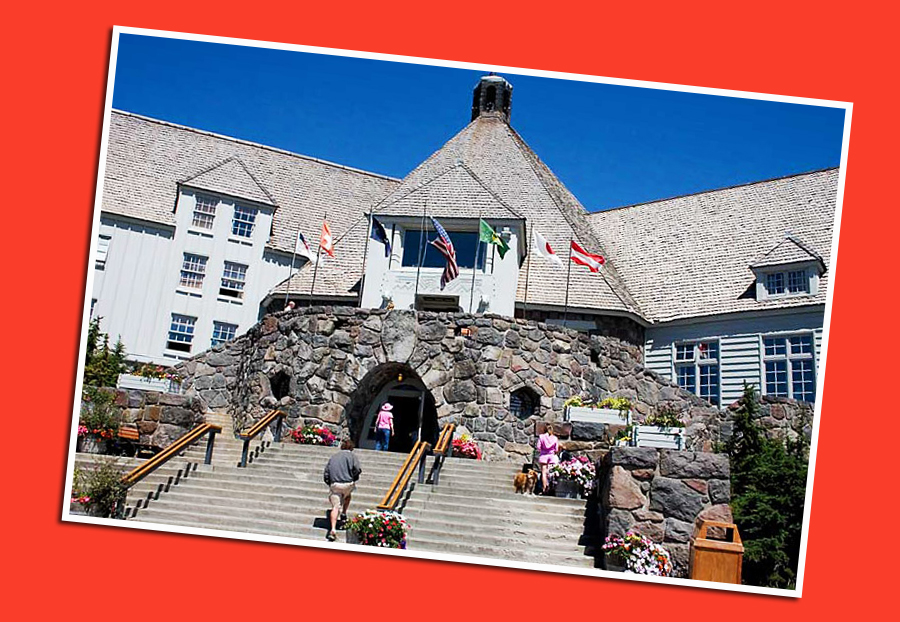 When you mention the brilliant film 'The Shining' everyone immediately thinks about the amazing scene where Jack Nicholson's character smashes through the door and announces "here's Johnny!”
- but what you might not know is the name of the hotel used? Well the remote lodge that was utilised during filming was actually the beautiful and famed Timberland Lodge in Oregon. 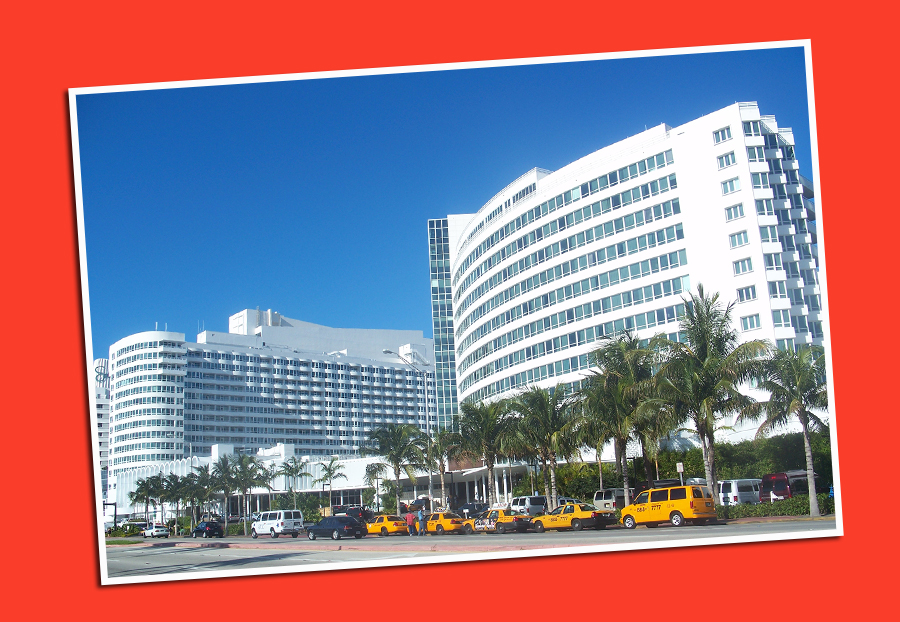 In the amazing Scarface movie, Tony Montana & Manny Ray certainly pick a rather exquisite hotel location to relax and chill out in. The superb Fontainebleau Miami Beach resort really is the perfect movie-shoot location, with a tremendous bar, stunning pool, gorgeous natural scenery, high-rise buildings and plenty to look at - which is why it was probably picked for the movie. 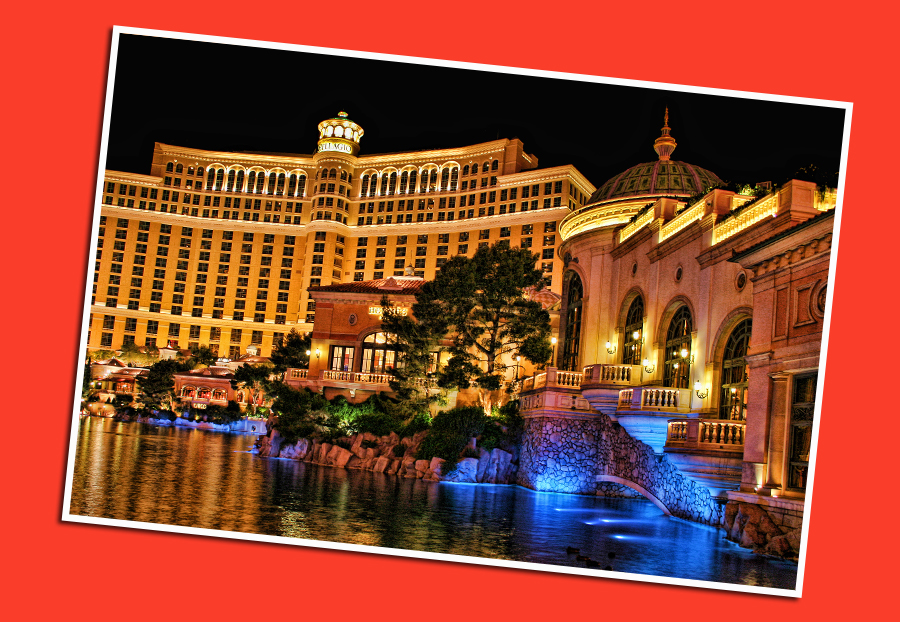 When you think of America, you think of all things over the top & nothing backs that up more than Las Vegas! This American city is home to enormous casinos, huge amounts of glitz & glamour, and these aspects are what made it the perfect location to shoot the heist-comedy Ocean's Eleven. The Bellagio & its stunning fountains provide the back-drop for Brad Pitt, George Clooney & Matt Damon's characters to successfully complete a genius and unbelievable heist, getting away with a staggering $160m! 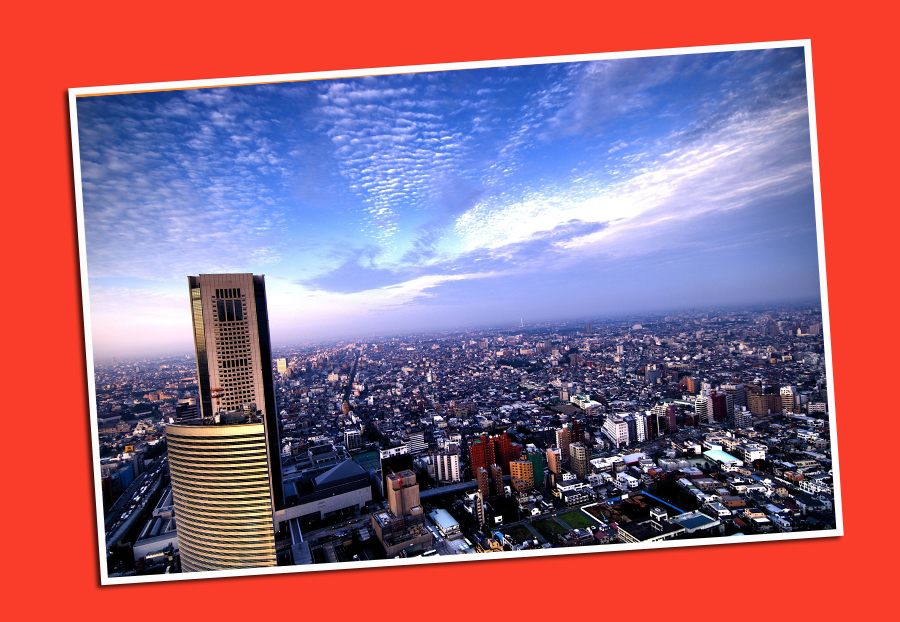 Setting the right mood was key to creating the ideal world in the 2003 film Lost In Translation, so in order to achieve that, the perfect hotel was needed - step forward the Tokyo Park Hyatt Hotel. The characters of Scarlet Johansson & Bill Murray are troubled by boredom, jet lag & loneliness, which brings them together to form a loving & exciting friendship. Both characters enjoy the luxuries provided by the Park Hyatt Tokyo, including the classy bar located on the 52nd floor and the tranquil swimming pool situated slightly lower on the
47th floor. 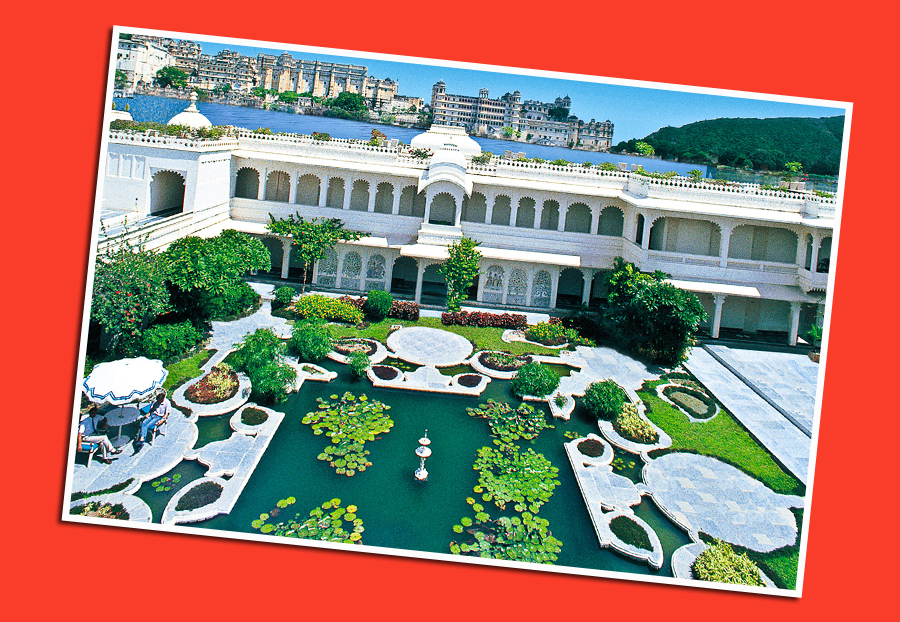 Using one of his more comical gadgets, James Bond disguises himself as a crocodile, in order to swim close to the floating palace that is the home & lair of one woman - Octopussy - who is the main suspect involved in smuggling the faberge egg. The hotel that stars as Octopussy's humble abode & island hideaway is actually the stunning marble Taj Lake Palace, in India.

So if you're a fan of any of the above movies, why not take this opportunity to book yourself into one of these exquisite hotels and enjoy all the luxuries that the likes of DiCaprio, Daniel Craig, Bradley Cooper & Clooney had access to. You can be sure that suites in these hotels will have the very best Egyptian cotton towels, Egyptian cotton sheets, Egyptian cotton bedding, bathrobes & bedspreads - treat yourself to the life of a movie star, even if it's just for a couple of nights!